4 Most Fascinating Caves to Explore in Europe

Caves are fascinating natural formations that attract adventurers and explorers, and in Europe alone, there are hundreds of caves that you can visit. There is a certain mystery to it that attracts people to visit these dark rocky tunnels. Some caves are still waiting to be discovered, others are partially explored and some are open to public. Here are 4 of the most fascinating caves to explore in Europe. 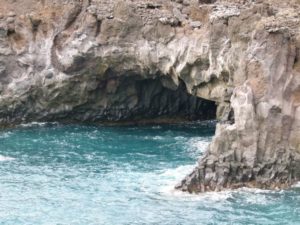 GREEN CAVES, CANARY ISLAND
The island of Lanzanorte in Canary Islands boasts a fascinating cave called Cueva de los Verdes or Green Cave. The eruption of the nearby Monte Corona volcano created a lava tube and, usually, the top most layer of the lava stream cools down and hardens thus creating the ceiling and the lava flow beneath it drains away leaving a long tunnel. Volcanic minerals are abundant in the cave and when combined with sunlight will give you a beautiful greenish glow.

GOUFFRE BERGER, FRANCE
Once considered the deepest cave in the world, with a depth of 1200 meters, is also one of the most dangerous caves to explore. There are already a lot of fatalities over the years, mainly due to violent flooding inside the cave during a heavy downpour. Only expert spelunkers dare to descend but once you’re in the bottom, you will be rewarded with crystal clear lakes and waterfalls. 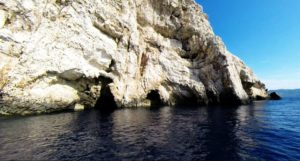 BISEVO, CROATIA
A rocky island in Croatia situated somewhere in the Adriatic Sea is fast-becoming a popular tourist attraction because of its sea cave called Blue Grotto. When the cave was first discovered it was only accessible through an underwater entrance but in late 1800s, an artificial passage was made for small boats. The water inside the cave is turning different shades of blue depending on the sunlight creeping in through the opening in the ceiling. The most mesmerizing colors are from 10 in the morning until 1 in the afternoon.

EISRIESENWELT, AUSTRIA
The Eisriesenwelt is considered as the biggest ice cave in the whole world and is very appropriate for its name because Eisriesenwelt is a German word that translates to “World of the Ice Giants”. Cave temperature is usually freezing and appropriate clothing is a must if you want to explore the interior. The inside of the cave will give you a majestic feels with all the towering natural structures of stalagmites and stalactites forming a castle, cathedral and palace in different cave sections.